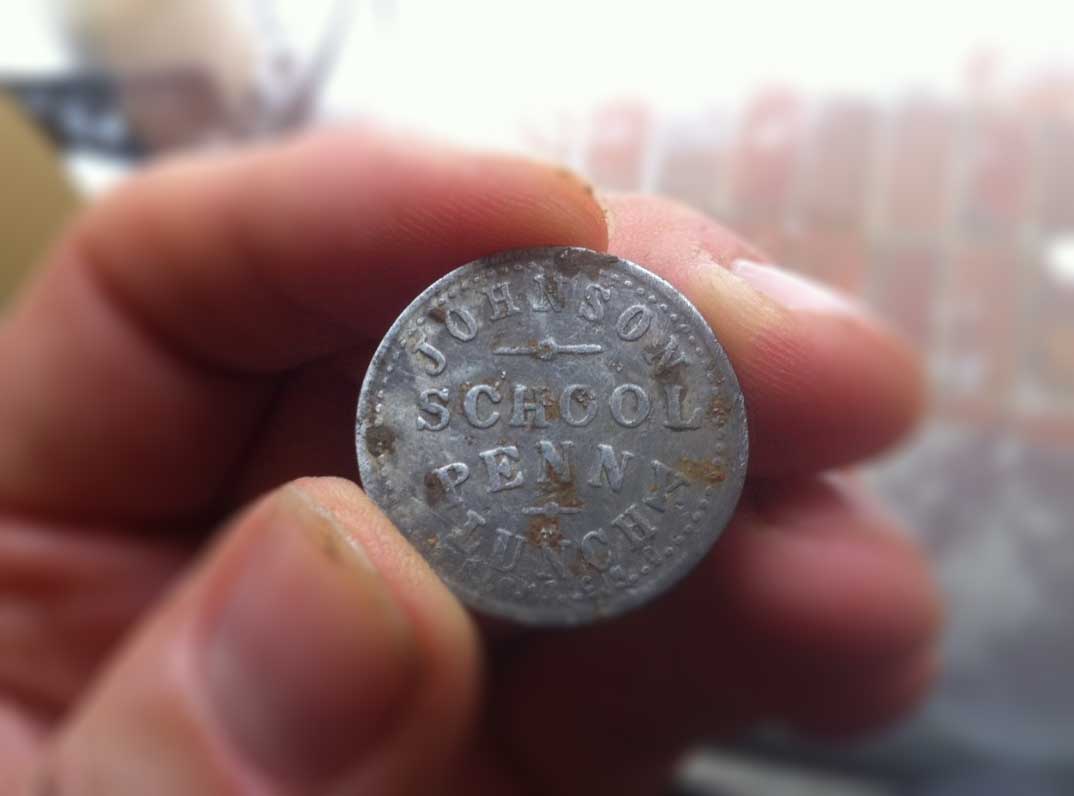 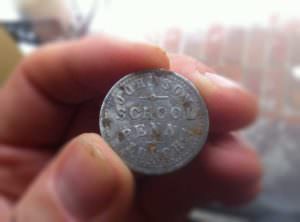 This Johnson School “Penny Lunch” token (aluminum) was OVER 13″ deep on private property on the North side of Lexington. It remains one of the deepest coins I’ve ever recovered. I estimate this to be from 1890-1900.

The term “penny lunch” had been coined in the Northeast in the late 1800s and early 1900s as a way to refer to these low cost meals of predictably high nutritional value. The name stuck as programs spread westward quickly. The Johnson School was located on Limestone and 4th street in Lexington and closed around 1903.

“A bowl of soup costs a cent. ‘Even the poorest parents seem to find this a cheap way of providing lunch for their children. They send word that they are delighted with this plan,’ said Miss Walsh (Cincinnati teacher) And if a hungry boy or girl doesn’t happen to have the penny the soup is none the less forthcoming.” Cincinnati Post – April 20, 1908 “City To Feed Poor Tots In Her Schools” ….

In Lexington, the penny lunch was introduced by Massillon Alexander Cassidy.  Born in 1856, Cassidy was elected Superintendent of the Lexington City Schools in 1885 serving until 1892, when he was elected Superintendent of the Fayette County Schools. He serviced two terms with the county schools and in 1901 returned to the city schools. He serviced until his death in 1928.” – Lexington History Center  (There is a memorial to him in the Lexington Cemetery.) 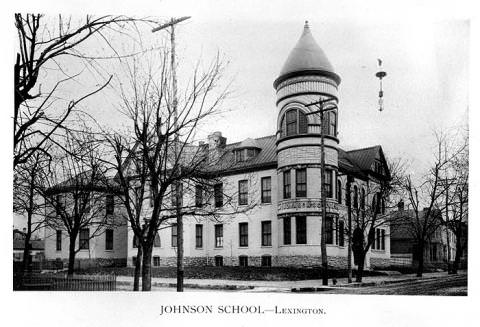 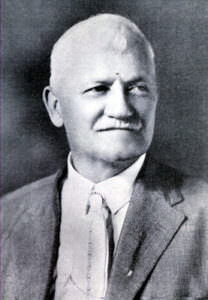 Parent-Teacher Associations became active in donations pots, pans, cooking utensils, ovens were donated by the associations or even by families. Such assistance was invaluable in getting the program started in many rural and village schools. The community concern was writ large through the program’s success, and politicians without one soon felt the pressure to make it a priority in their own towns.

The depression years of the 1930’s accelerated existing concerns about malnourished children, in rural schools especially, so federal legislation progressed to enable schools to serve a substantial lunch to children and to control its nutritional value

[1] Various histories say that Cassidy served in the civil war, but he would have been too young, being born in 1856.   His father served for the Union, and other family members may have served also. 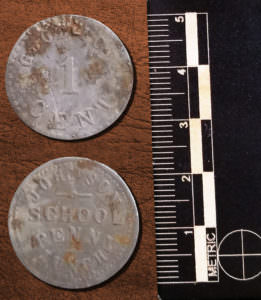 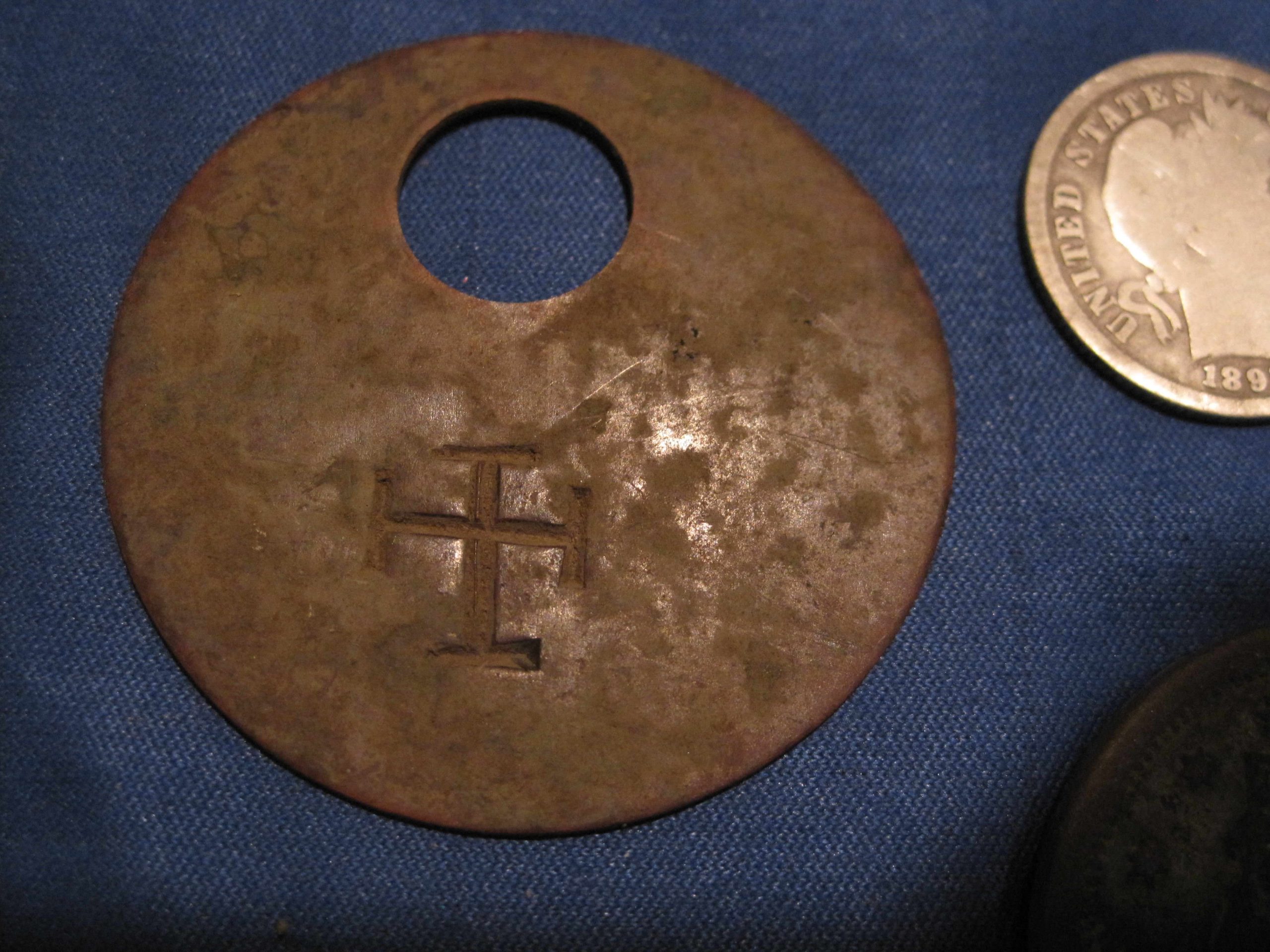 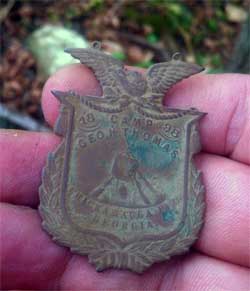 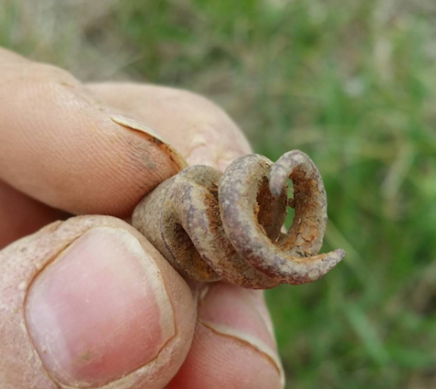 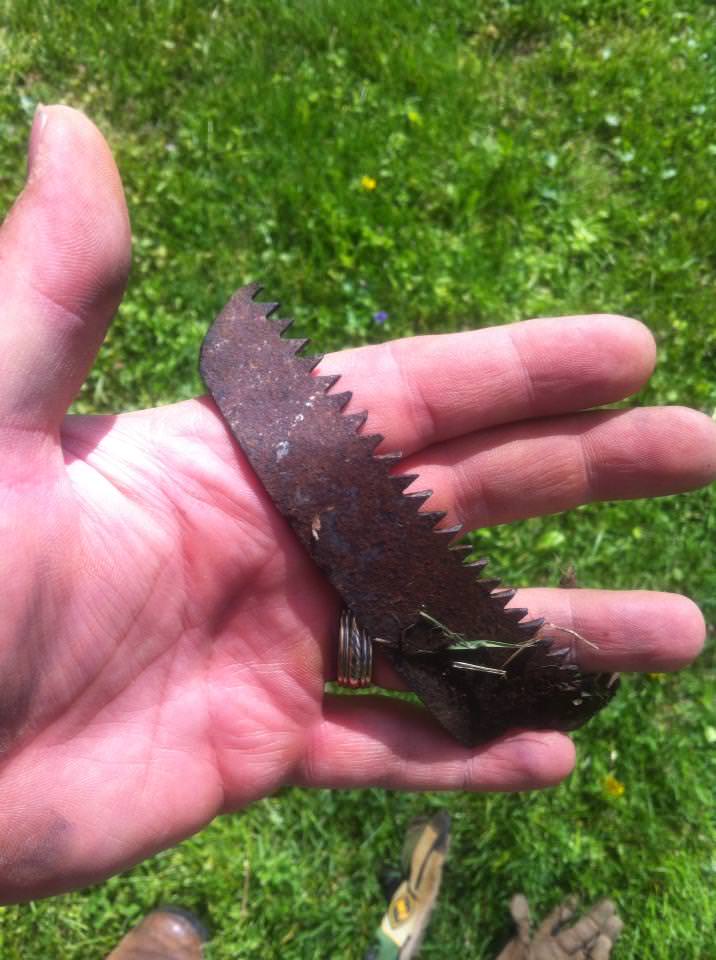