I received a series of questions on my last post from a reader named Byron.  As I started my response, I realized that I’ve heard a similar question at least a dozen times recently, so thought a new post made sense.   My response is below.

I’ve been following the progress of your week at Montpelier with much interest and a tinge of envy.   I hope your time with the archeologists may have given you some insight into a question that has been plaguing me since taking up detecting.

So, to the question, and it is two-fold. First, do archeologists view any and all sites in the US as archaeologically important? The laws and lobbying seem to argue for this view. And second (assuming the answer to the first part is ‘yes’), what value do archeologists see in the ‘relics’ of say an 1840′s homestead in rural MO, or one of the well documented, yet non-major/non-significant Civil War skirmish sites? And how to do they see this as valuable to society?

If the work of archeology devolves to being of value only to archeologists, and of little or no consequence to society, then that work is the equivalent of that of the detectorist who researches a skirmish site and recovers a three ringer…ultimately it is self gratification. The fact that the detectorist is able to research such a site and accurately locate it is a telling fact of our country’s youthful history.

It would seem to me that our country has ample opportunity for both prehistoric and modern (or whatever you call our history from Columbus forward) archeological inquest without needing to raise the importance of every buried bullet or token to that of ‘historically significant’.

Certainly, we are not England or Europe where you might find the grave of a medieval knight or a lost king while digging up a car park. There is much there that is lost in the mists of time. Here, we know much of the how and what (at least from Columbus forward). Certainly, we still discover new what’s and how’s, but the where’s and when’s seem to be the bigger unknowns here. At Montpelier, for instance, have they discovered anything unknown from the era? My guess is that what they have uncovered there is ‘where’ and ‘when’ answers. But, I am completely unread in that area.

In my mind, it would seem that encouraging the collection and aggregation of data on finds and sites by amateur archaeologists and detectorists would be of great value in archeological research. A large quantity of find imagery and geolocation data that could be analysed by academics could aid in detecting patterns that could flesh out some of the ‘what and who’ were ‘where and when’ questions.

And here’s my attempt at a coherent response.

Broadly from my observations as a detectorists, archaeologists think in terms of a infinite timeline – where future students/colleagues may benefit from the care (and protection) of sites everywhere.   Archaeology, like many academic pursuits are faced with limited resources.  Therefore, as you’d expect, prioritization must happen as decisions are made about how limited resources are used.   But this does not mean giving up on a site.  Many academics would rather leave a site intact for future archaeologists (+10, +20, +100 years) than handing it to detectorists to clean out.  What of the artifacts left in the ground?  That’s discussed below as well.

Early Axe Head from Chicken Mountain – We Re-buried It to keep it stable.

As you suggested, I think that more common sites (e.g. your 1840s homestead) would likely be passed over in favor of more pivotal sites by archaeologists, perhaps the basis of a checklist.   But where is that line?  What’s the balance?  How many 1840s homesteads are needed in the archaeological dig catalog?

What if detectorists become more rigorous?

Detectorists willing to gather find data on private property hunts may have a role to play in describing historic sites – not unlike archaeologists attending relic hunting club meetings to talk with members for information.   But what is the motivation to share such things?   Respect?  Patriotism?  Access?   And what resolution is acceptable?  What if detectorists choose to ignore this protocol?

It may be easy to see detectorists’ motivations for the rush of a great find, but it’s hard for Archaeologists to respect this approach because it rarely involves building a reliable data set to be shared among those studying aspects of the site, people and their lives.

Consider the contrasts in the conclusions from the Folly Island Site, where Robert Bohrn and Eric Croen’s discovery of a civil war burial site earned kudos and scolding in nearly the same breath.

From the publication on this site:

“…The cemetery site was brought to the Institute’s attention by collectors Robert Bohm and Eric Croen. Robert and Eric worked hard, side by side with us, during the first two hot weeks of excavations. Robert continued to help us throughout the project, especially towards the end, in the interpretation of the project area….”

Steven D. Smith, Principle Investigator of the Folley Island Site (full document)  The archaeological team may have never known of this site without their help.   But they still feel much of the site was destroyed by relic collectors.   They would have clearly preferred to have found the site themselves and banned detectorists.

Could the attitude have been different if the detectorists had accumulated even “low resolution” data describing finds from the site? 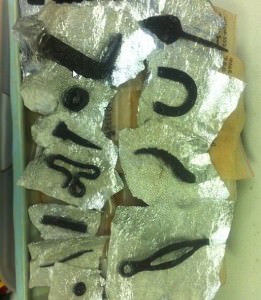 What about the argument that artifacts will fade to dust if not retrieved, and such retrieval is delayed indefinitely by lack of resources?   Objects do degrade, but on a very long timescale if there’s a lack of disturbance such as plowing, development etc..

As soon as you remove some objects from the ground, they begin to equalize with their environment (without preservation) which can result in decay.  When it hits the air after a century or two of burial, the clock starts ticking a lot faster than when it was in the ground.

Archaeologists have a limited capacity to properly preserve and conserve objects given available funding and resources, so the “stability” of objects in the ground is preferable to having them pile up on the shelves.   So the preference is often to leave the objects in the ground after their location is documented (I can feel the collective wince of relic-hunters world-wide.)  They also consider that archaeological techniques will constantly improve and stabilization methods will get better with time.  It’s delayed gratification in the name of the long view.  This is an awesome chart by H Wellman showing the lifespan of an artifact: 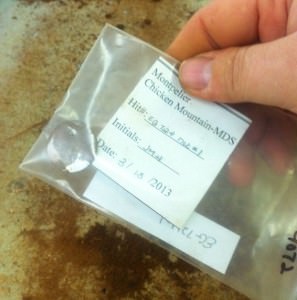 And to your point about value...

At Montpelier, the value of the archaeology is not just to the archaeologists – but to the public’s experience at Montpelier in a very tangible way.  The Archaeologists, preservationists, architects, volunteers and staff are creating a time machine that takes visitors to the estate as it appeared during his time (removal of modern “DuPont”-era add-ons was dramatic.)

For example,  I spent one day in the front lawn looking for evidence of an 19th century carriageway – which would lead to its restoration – and through this, another experiential accuracy for future visitors.  Archaeology, in this case aided by detectorists, helps to nudge the site one step closer to historical accuracy.

This “long view” on projects is important to getting detectorists and relic hunters excited about the meticulous survey work that archaeologists need.   Sometimes, we need to be motivated by discovery of events, places, patterns and people MORE THAN discoveries of objects to add to our collection.  The findings at Montpelier are filling in gaps from a poorly documented site and the people who lived,  worked and visited there.  Together this 2700 acre farm played a huge role in the eventual creation of our constitution – with its checks-and-balances – providing unmatched  prosperity and stability to our country.  Montpelier is a fantastic example of access and shared discovery.

On the other hand, if you’ve ever been to a relic hunting meeting, you know that objects are in your face – everyone can learn and discuss without having to drill down in an academic journal.  It’s a seductive way to enjoy artifacts, but it’s definitely coming at a cost.   20-30 people enjoy an intimate, tactical experience with the artifacts, but others do not reap an increase in knowledge.   There must be a way to maintain the joy of sharing these items while making them part of the broader data set.

Could the Internet be the bridge?

Add the Internet and you may see a hint of what’s to come (keep in mind I’m a web junkie.)  Objects are being photographed, discussed, admired and preserved digitally already.   It’s arguable that many more people would benefit from a carefully curated digital archive of finds from around the USA with more consistent historical context.  Could detecting and digital sharing offer a compromise?

Contributors could be attached to their finds, even as the objects themselves are conserved, donated and studied.  The objects could be incorporated into digital publications, Wikipedia, school books, academic papers and beyond.  You could have digital relic shows.

And this causes an answer to raise more questions.   When is a site sufficiently documented or “postpone-able” that detectorists should be granted access?  I want to metal detect a farmer’s 1840s house and enjoy finding coins.  Am I destroying a potential archaeological site by doing so?  What about the other 500 1840s houses in the area at the time?  Which of these is worthy of preservation and archaeology?  There has to be a reasonable compromise.

As time goes on, I continue to modify my point of view and seek that elusive middle ground between hobbyists and detectorists.  This doesn’t go over well with some of my detecting friends, and that seems to be a price I must pay.  I will cheerfully edit out the vitriolic comments from this blog, but welcome thoughtful debate.